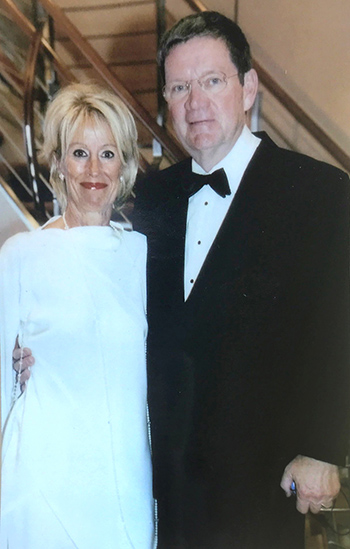 Roger Vail directed operations of 34 specialty department stores with 900+ employees throughout Ohio, Michigan and Indiana for 29 years as the President and Owner of Uhlman’s Inc. During his tenure as President, he was named “Independent Retailer of the year” by the National Retail Merchants Association and he served as president of the Independent Retailer Board. After growing the company from $6 million to $50 million, the chain was sold to Stage Stores our of Houston, Texas in 1996.

Following the sale of Uhlman’s Inc., Roger became an active real estate investor and he established and developed two successful operating companies in Ohio that were eventually sold. In a previous career, he was CPA and Junior Accountant with Ernst and Ernst.

Roger has been involved with many professional and community organizations as an active member and leader: World President Organization (Toledo, Cleveland, and Southwest Florida Chapters). He served as President of Business Advisors of Cleveland, a nonprofit organization providing free business advice for start-ups and small business owners. Roger is also a past board member of Pro Medical Health Systems, Inc., headquartered in Toledo, Ohio, and Heidelberg University in Tiffin, Ohio.

Roger is a member of Westwood Country Club in Rocky River, Ohio and the Royal Poinciana Gulf Club in Naples, Florida.

Roger and his wife, Sharon, were high school sweethearts and have been happily married for 56 years. They have two married daughters and three grandchildren.

Sharon Vail was born and raised in Bowling Green, Ohio. She started dating her husband, Roger, while attending Bowling Green High School and they will be celebrating their 56th wedding anniversary this year.

After graduating from Bowling Green University with a Bachelor of Arts in Education, Sharon served as a substitute teacher for several years. She then worked at Uhlman’s Department Stores as a buyer of accessories and dresses for over twelve years.

Sharon has been an active volunteer in the community as a member of the Women’s Council of Cleveland Museum of Art and the Wood County Hospital Guild in Bowling Green, Ohio.

In addition to her love of travel, Sharon enjoys playing Mahjongg and Bridge.

She has recently taken up golf and is striving to improver her game. Both Sharon and Roger enjoy their time in Naples during the winter months.