I focus my giving on organizations and efforts that increase access.  This means opening pathways to positions of power for people from communities that are traditionally excluded.  As a gay, black man who grew up in Atlanta, Georgia during the second or third black renaissance that city has nurtured, I have had the privilege of access within and across communities.  This has made me who I am.  I work to provide that for others.
I did not inherit money, so all of my giving comes from my income.  However, I did inherit a strong commitment to giving.  My earliest experiences of giving came from the church.  I have vivid memories of putting money in the collection plate, and of living alongside the people who benefitted from that collection. My family was active in the church, so it was clear to me that giving was also about offering time, not just money.  My godparents, Rev. Ralph and Juanita Abernathy, were amazing role models.  Uncle Ralph was a leader of the civil rights movement, ran for public office, and ministered daily to his congregation.  He made it very clear to me that giving back to my community was not optional.
Over the years I have carved out my own sense of community and refined my preferred way of giving.  I started by drawing on another inheritance I received from my family: education.  My grandfather graduated from college in 1899 and my grandmother completed her undergraduate work in pharmacy in 1922 – both significant accomplishments for African-Americans of their day.  My parents took that tradition even further.  My mother held a master’s degree from Columbia University and my father a Ph.D. from Boston University.  Needless to say, expectations around education were set quite early and rather high.  I was fortunate to attend Brown University, and then Harvard Business School.
I always had an ability to connect with people. Through my experiences at Brown and Harvard, I discovered the field of investment management.  I realized that it could be approached as a way of helping people of significant means align their values and their money, and that it was a good fit with my skills.  As an asset manager, I endeavor to build wealth in order to lift others.  I want to live well, and I want to make sure that other people live well too.
My giving draws on the lessons I learned as a child:  when I am involved with a project, I give both my time and my money.  I give deeply to my community.  However, the context of my giving is very different than that of my childhood.  I live in Los Angeles, I’m not so much of a church-goer, and my worldview is decidedly global.  This is a second attempt at Los Angeles for me.  I called the City of Angels home briefly after college. I returned six years after my initial arrival and was eager to engage in a more meaningful and strategic way. Everyone I asked about how to understand and have impact on L.A. pointed me to the Liberty Hill Foundation.
Liberty Hill has been a wonderful connection point.  I was initially drawn to them because of their strong support of the gay community, focus on advocacy work and their emphasis on grassroots organizing.  My involvement with Liberty Hill as a donor and a board member has connected me with people and communities across Los Angeles I would never have otherwise known.
One of the communities that Liberty Hill connected me with was OutFest: the LA Gay and Lesbian Film Festival.  My interest in film is rooted in my commitment to access.  Personally, as I faced decisions about my sexuality, I found affirmation in gay cinema.  I realized how critical it was for me that these gay filmmakers had the opportunity to put their stories out into the world. This was access used well.
As it turned out, OutFest was a gateway festival for me.  I eventually found my way to the Sundance Film Festival. There I was struck by the power of the films, the stories they told, and the impact they could have because of the buzz of the festival itself.  The Queer Lounge at Sundance was actively increasing access for gay filmmakers.  I thought, “Why not create the same experience (read: opportunities) for black filmmakers?”  So, along with a group of passionate industry veterans I foundedThe Blackhouse Foundation.  Our mission is to increase access in the film industry for black filmmakers.
Being a foundation head is very different than being a donor!  It can be overwhelming, but I make it work.  I continue my involvement with Liberty Hill, and I think of my local donations as the soil, the roots, of all of my giving.  Just as Uncle Ralph ministered to his congregation daily, I know it is critical for me to stay connected to what is happening in my community. This local grounding allows me to be equally passionate about the national impact we are having with The Blackhouse Foundation.  In the end, it really is all about access.  If I can be a part of providing greater access for someone in my community to the tools they need to have long-term impact, or for a black filmmaker to the people who can bring our stories to broader audiences, then I will be living out my purpose. I will be helping people align their values with their greatest gifts.

Dear L3 Members, It is with great sadness that we inform you that we lost our dear friend and fellow member Gary […] 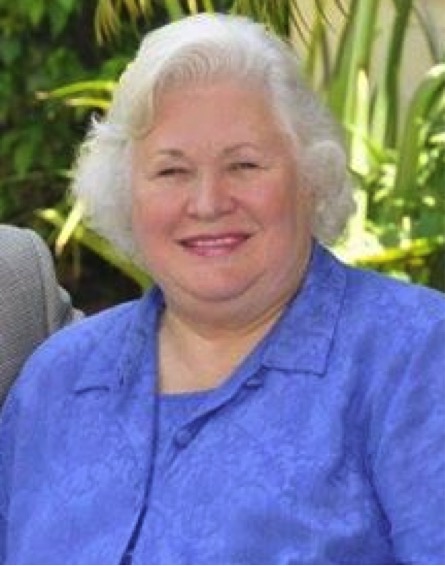 Dear L3 Members, It is with great sadness that we inform you that we have lost our fellow friend and member, Phyllis […]

If you attended our 2012 retreat in San Francisco, you may remember Tino Cuellar from the Center for International Security and Cooperation. […]